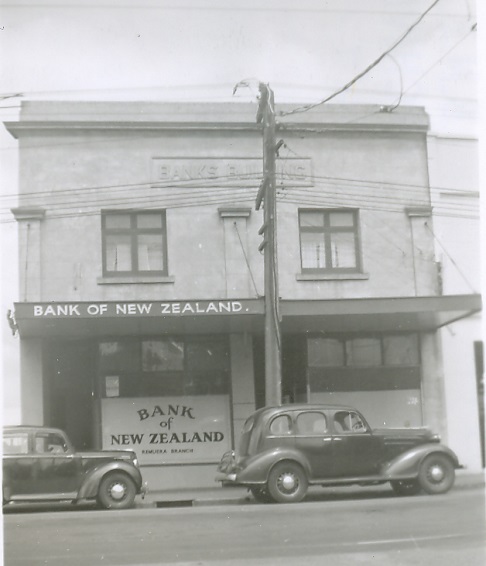 The Bank of New Zealand first opened in Remuera in 1929 in Skelton's Building at 339 - 345 Remuera Road as an agency of the Auckland branch.  In 1931 a man entered the Bank of New Zealand premises, showed a demand note and hit the manager with a sandbag on the head.  The dazed manager grabbed a revolver, fired twice and his fleeing assailant fell dead on the pavement outside.

In 1948 the BNZ moved to the corner of Norana Avenue and Remuera Road and became a full branch (see photo above).  This location is now occupied by Banque Restaurant, named after its former occupant.  BNZ then moved to 371-373 Remuera Road until 1988 when it moved across the road to its present location at The Gables, 338 Remuera Road. 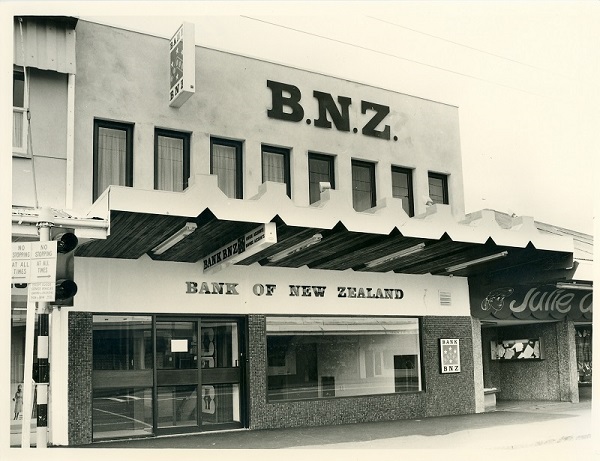 There was another attempted robbery on the BNZ at 371 Remuera Road in 1975 when a stick of gelignite was inserted into the thick brick wall between Anderson's Garage and the Bank of New Zealand and exploded, causing minor damage.  However, the gelignite had been badly packed and backfired on the thieves.  Rubble was scattered over the workshop floor but the hole made was no more than a few inches deep.  A neighbour had seen a red car, possibly a Monaro, in a dirty condition being driven off by two men.  It is unclear whether the police ever found the car and the men. 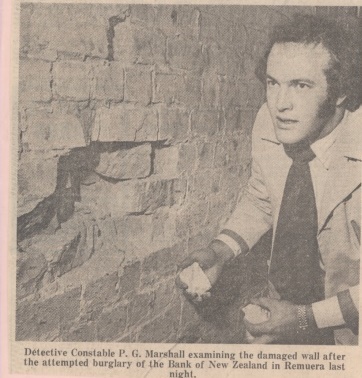