LJ Keys and the Clonbern Store

LJ Keys and the Clonbern Store 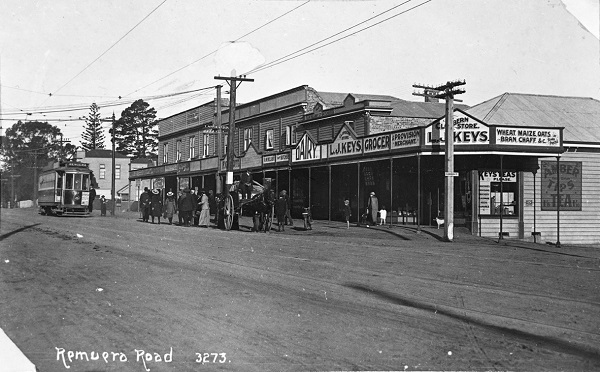 Leonard Keys' Clonbern Store is one of the oldest local commercial buildings still standing in Remuera.  It was operated by LJ Keys for only 7 years, but continued as a grocery store until the mid-1960s, with the 30 year period from teh mid-1930s being as Marriott's.

The well-known photographs of c1910 and c1912 show a striking similarity to the present day streetscape.  While extensive modifications have altered the original building interior and the exterior cladding is largely replaced or altered, the original shape is retained, particularly that of the roof structure.  A side access door on the Clonbern Road frontage, probably a loading point, can still be seen.

Leonard John Keys (1880 - 1958) was born in Patea, brought up in the Thames district and then served an apprenticeship in the grocery trade in Auckland.  In 1903 he married Sarah Marjory McMaster; the Keys had 3 children, Stan, Basil and Alison.

Mr Keys is remembered particularly for his development of early passenger transport in Auckland's eastern suburbs.  The initiative to move into passenger transport may have evolved from the necessity to deliver goods as part of his grocery business.  Oral tradition says that as a grocer Mr Keys had adapted his delivery vehicle to accommodate both goods and passengers.  By installing removable seats, he could ferry passengers going to work in the morning and coming home in the evening, but still use the van for delivering goods during the day. 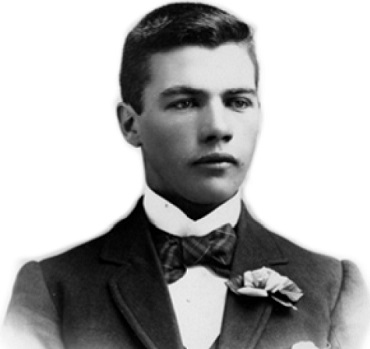 In 1915, having moved to St Helier's Bay, he established a bus service, the first vehicle being a Chase.  Known as the "K" buses, they served Auckland's eastern suburbs, Remuera and Newmarket.  The business later become LJ Keys Ltd and eventually expanded to a fleet of about 40 buses, which was bought 34 years later in 1949, by the Auckland Transport Board.